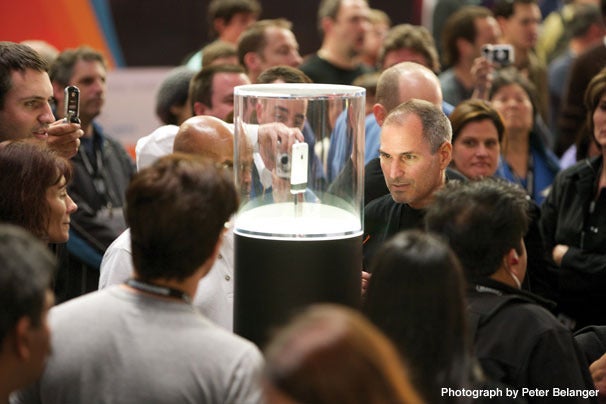 Ten years ago today, Steve Jobs introduced the world to the iPhone. As Jobs predicted the iPhone changed the world. Before the iPhone, only the technologically adept were interested in carrying around a pocket computer. Now, most American adults (64% and growing) have a broadband internet enabled multi-touch computer on their person at all times. The ways this is altering our culture, politics and the economy is just starting to be realized.

The touch interface made it accessible, but the real power comes from everyone having a truly personal and powerful internet connected computer. The iPhone led the way and we are never going back.

Technology
Previous PostMy Favorite Music of 2016
Next PostImprove the ACA, don’t repeal it without a viable replacement

The 1950 U.S. Census has been published and is freely searchable. Go spy on your ancestors.

They’re Made Out of Meat

They’re Made Out of Meat

Proof of life on Mars?

WandaVision has been pretty good, hopefully the final episode will pay it off!

If you like end-of-year lists as much as I do, then you need to know about Largehearted Boy.

Vote! “The most important office, and the one which all of us can and should fill, is that of private citizen.” Louis Brandeis.

Thank you Way Back Machine

Thank you Way Back Machine!

Cleaned up a bunch of dead video embeds on posts from year’s past.

The Galaxy Buds are great devices. They may not be quite as seamless as AirPods, but they come close for Samsung phone users. Our augmented future includes computers in our ears.

Foldable screens are here, but the products are very early versions. I expect I’ll buy something foldable no earlier than 2021.

File under “I should have done this year’s ago”. I added favicons to my Favorites page.

My next personal computer is probably going to be a Chromebook